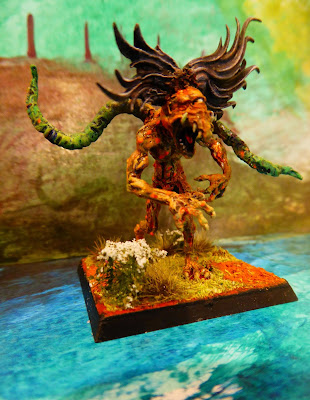 Why are you wandering far from home, child? Have you not heard of the fen ague? Cover your face and hurry back. But keep to the paths, child, keep to the solid ground. Don't be tempted to cut across through the reeds and the moss, for there are things in the marsh, diseased and unholy things. These are strange times.

This is the month of Marsh - the month of all things Fimir. When last in Liverpool, I found a project I'd started (but never finished) for the month of Marsh about 3 years ago - a conversion based on this image from the first Citadel Compendium. Having found a copy of the Compendium not long after joining the oldhammer movement, and being obsessed with Fimir at the time, it just screamed out at me "mutant fimir!"

... a prefiguration from 1983 of things to come? Almost certainly not, and yet I couldn't shake the uncanny resemblance to our one eyed swampy friends. So I set out to assemble a mutant fimir in its honour.

Having done the initial conversion, I'd left the model unfinished - these are a couple of photos from before I'd even undercoated it. The main body of the model is an Otherworld miniatures troll, with the head from a Forgeworld Fimir and hair from the Daemonettes of Slaanesh sprue. Can't remember where I got the tentacles from. 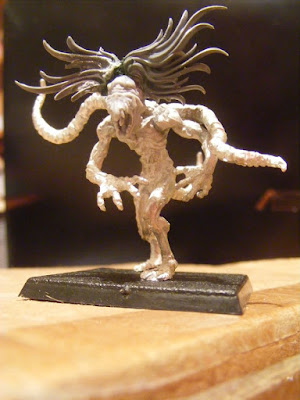 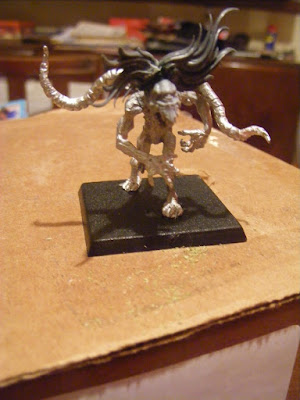 Seemed a shame to abandon something I'd put a lot of effort into assembling, and the timing seemed appropriate, so I spent the past few days trying to get it looking suitably swampy and diseased. What do you think? 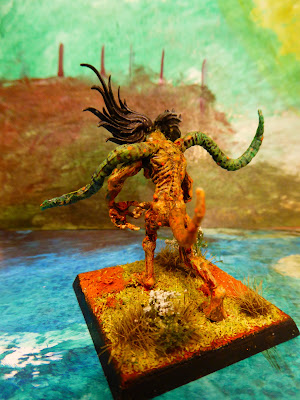 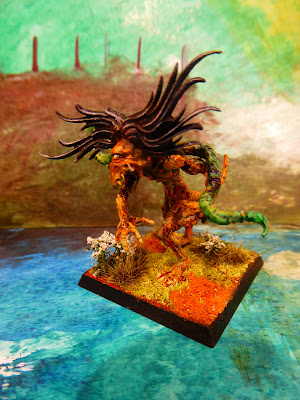 Alongside the original inspiration, it doesn't look too far off... 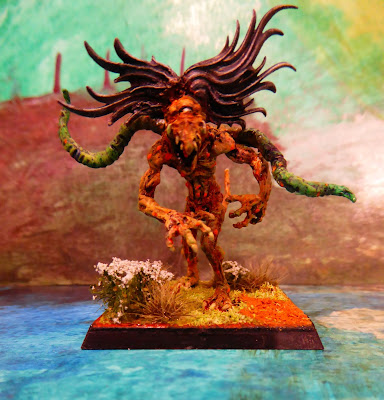 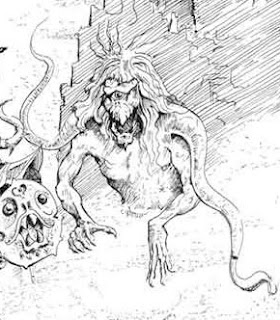