The best laid plans of mice and gnomes gang aft agley, and though a new month has begun, I've not yet completed my Gnomevember work. Some finished painting to come very soon, but first I thought I'd discuss some of the alternative ranges of gnomes that are out there, and whether it's possible to include them in a contingent consisting primarily of C11 Citadel Gnomes.

Here are my findings: 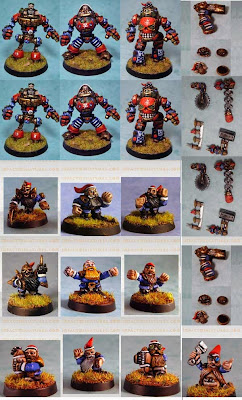 I'm a big fan of their ARBBL chaotic warrior blood-bowl style fimir, and so I thought it a good idea to have a look at their blood-bowl style gnomes. A bought a couple to try them out. Trouble is, they really are on the small side - 13mm to the eye. The head coach, waving his spanner, is a lovely sculpt and will just about fit in because his hat is sticking up enough to make him look the same height as the citadel minis (even though he's shorter to the eyes), but I think the players are sadly just too little. 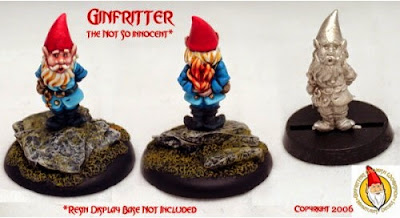 This range has some very distinctive gnomes. I bought 3 of them: Ginfritter the Gnome Illusionist Thief, Ginfritter the Not So Innocent Gnome (with a fireball behind his back), and Rhuud E. 'The Flippin' Gnome, giving the finger. (I didn't go for the flasher gnome who's exposing himself.) Sadly Rhuud E. Gnome is well out of scale (20mm to the eye, and the real problem is that he's just too chunky), but the others are fine (16 and 18mm to the eye).


Reaper Miniatures
Reaper have several different ranges. The bones ones look waaaay too cartooney, and the proportions aren't right for me. Some of them remind me of that shite Tree Fu Tom cartoon off CBeebies. 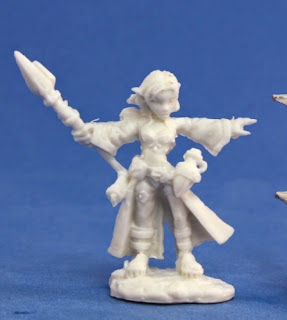 I mean, in what sense is that a gnome?

Then on the more appealing side, there's some interesting Bloodstone Gnomes - I find the somewhat Lustrian feel of them quite distinctive, although they come across as a little too dark for my purposes. Nevertheless, could be could conversion fodder, and I might return to this range in the future.

However, there was one Reaper fellow I couldn't resist including: Marius Burrowell, Gnome Thief. When he arrived, I discovered he was slightly on the big side (19mm to the eye, though when I rebase him, I'll take a bit off his chunky boots) and not quite the right proportions (head slightly too small), but characterful as anything, and with a lick of paint I think he'll fit in nicely. 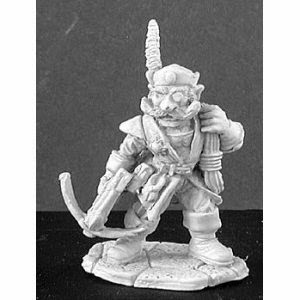 Asgard Miniatures
Rummaging through some old lead, I found this guy: 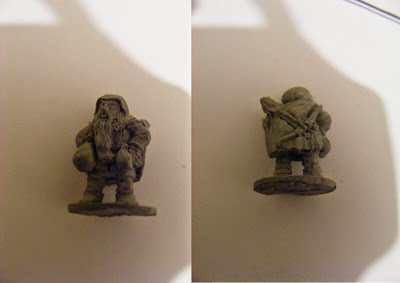 Turns out that he's not a gnome, he's an Asgard dwarf; but he fits in perfectly with the gnome scale (18mm to the eye, just slightly higher than the citadel gnomes but not enough to care about) so he's being repurposed. This range is still available from The Viking Forge, so I may put in an order for some more of these not-gnomes in due course.


I've put in an order for gnomes from two other ranges that haven't arrived yet:

Private W., in a comment on an earlier Gnomevember post, encouraged me to take a look at this fabulous looking range, which can be purchased here. I'm especially keen to get hold of the banner bearer and a musician. They have archers, gnomes with slings, and some extremely quirky minis, like the gnome chariot being drawn by - errrr what is that exactly...?

BTD have these 3 Gnome Warriors, which I ordered during one of their frequent sales. Was particularly drawn to the fact that they have another dwarf with crossbow to round up the meagre number I have. Will be interesting to see how they scale up.

There were also a couple of ranges I decided weren't worth a speculative purchase: Otherworld Miniatures 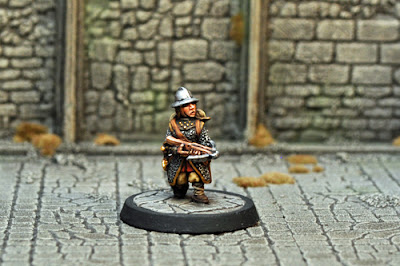 I think Otherworld's sculpts are of a fantastic quality, and while their gnomes are no exception, they just don't fit in with the citadel gnome style. To me, this feels more like a scaled down human to a gnome. Too naturalistic, the heads are too small, and at 18mm to the eyes, I think they'd be a bit too tall to fit in anyway. However, I do intend to make some purchases from Otherworld and to drop into their Royston HQ one day to pick up my minis, so I may ask to take a look just to be sure.
Stonehaven miniatures

Some charming sculpts here if you like that aesthetic, but just that tiny bit too cartoonish for me, and I don't really think of gnomes as having ears that stick out THAT much.

Next up, belated painted Gnomevember gnomes!
Posted by robotforaday at 13:47 1 comment: