(Being a battle report on the Halloween action at the Wargames Foundry. With the latest of Warlord Paul's Albion adventures coming up at the weekend, I realised that if I didn't post about the last one now, I never would. Problem is, a lot of my recollections of a most enjoyable day are a bit hazy. So this is an extremely partial reconstruction based mostly on the least blurry photos of my toy soldiers as they plod around the battlefield.)

What lurks under Albion's skin? Peel back Albion's flesh, cut through its muscle and sinew, and what horrors do you reveal? The embittered hatred of many centuries. The tarry black heart of greed. Swollen spleen of malice. Infected kidneys of evil. Cirrhotic Liver of... well, you get the picture. Lots of not nice stuff.

Lifetimes ago, a demon was vanquished. Or at least, so the people thought. In fact, it was merely buried. Or, more accurately, as the scribes tell us, "imprisoned beneath a henge of enchanted stones wrapped about with sealing spells and wards."

But now a new dawn approaches. The demon threatens to break free, from the bowels of the earth comes the insistent rumblings of the demon's desire to leave. 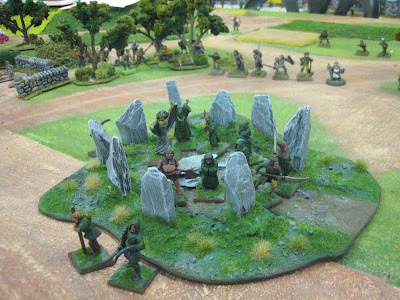 And today, the cultists gather around, an unholy alliance, calling the demon forth, urging him out. And so the prophecy has come to pass: "All must take sides for there can be no middle path, all must stand for or against the daemon called, BREAKSHIT!" 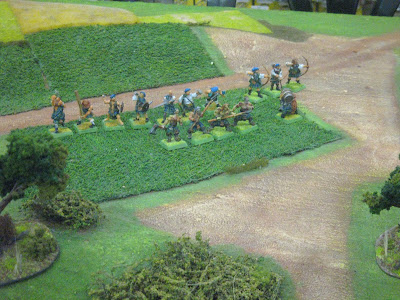 From the highlands come the clansmen, determined to bring sober reason to the proceedings and to stop Breakshit in its tracks. In their midst are the zombies of the Highland cult of Indyref, risen from their graves. 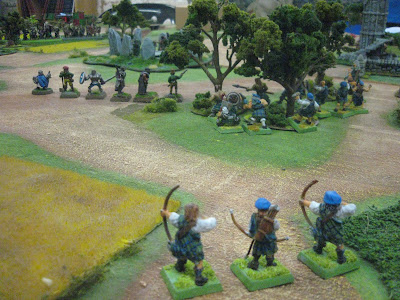 They take their place in the alliance moving toward the henge, determined to stop, or at least amend, the invocation of the ritual summoning Breakshit.

Yet the ancients, the walking dead of Albion, seek a return to the glory days of past ages and will fight to ensure the ritual is performed, believing that Breakshit will allow them to take back control. 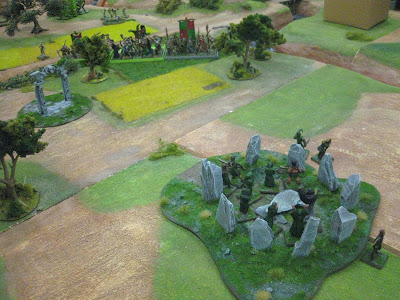 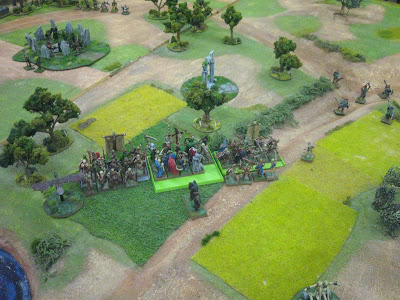 Attempts to toss the caber into their number fail miserably. 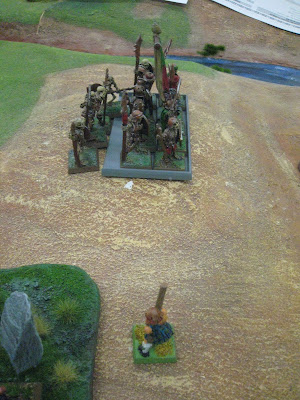 And as the forces clash, even liquid courage is not enough to withstand the horror. 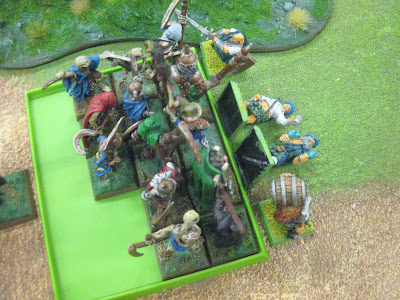 The cultists succeed in opening the protective seals and a roar swells from the ground: "BREAKSHIT MEANS BREAKSHIT!" 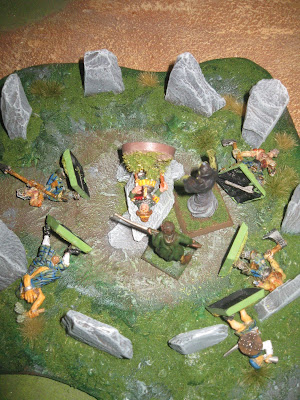 The surviving allies who had hoped that the power would remain captive make their way to the graveyard and enter the catacombs in the hope that if they can at least mount an appeal to stop a Hard Breakshit. 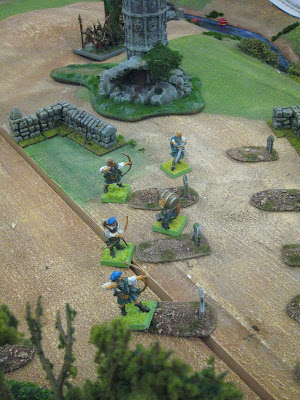 The highlanders bust their way past the venomous serpents who serve Breakshit... 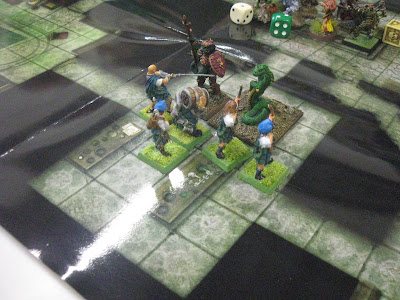 And join a coalition who manage to make a few amendments... 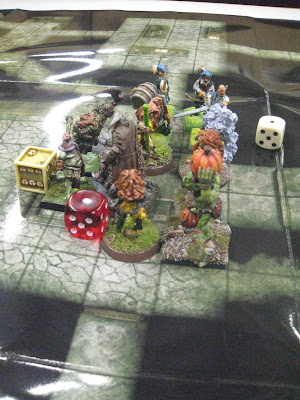 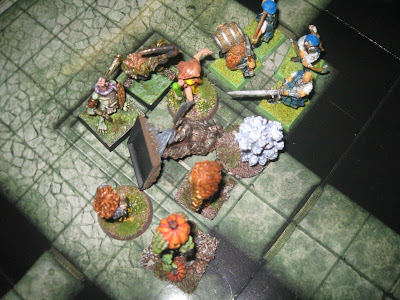 This is fantasy, remember?
Posted by robotforaday at 16:27 2 comments: