A bit of a follow up to my previous post on the death of my father. All the condolences from people I know through Oldhammer have been very touching indeed, and it's deeply moving to see what a kind community it can be.

Geoff Solomon-Sims, after reading the news on facebook, was kind enough to cheer me up by sending a card and a dwarf wizard to paint. Such a fun mini! My dad had left his paints and brushes on the table, so I went to work with them, and this is the result. 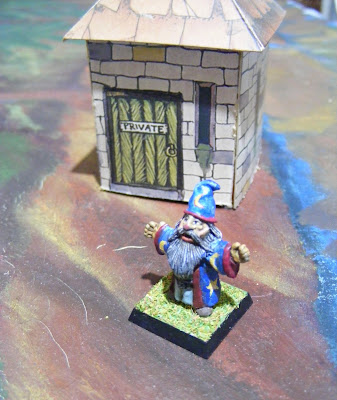 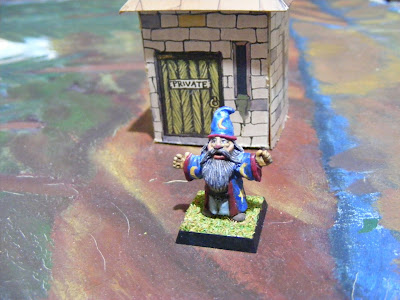 What Geoff hadn't realised was that my dad, on account of his round face and beardedness (often leaving him mistaken for Father Christmas at this time of year) had a long time affinity with dwarves. And when I showed the Dwarf Wizard to my mum, she decided there and then that he would definitely have to be named "Wee Beeb".

Wee Beeb was a dwarf character from a D&D campaign at the tail end of the 1970s. My dad had been at an archaeological dig in Falkirk, excavating a shell midden - there seems to be big overlap between archaeologists and wargamers (in fact, he dug alongside Nigel Stillman for a couple of summers at the training dig in Crickley Hill in Gloucestershire). The diggers, when not in a hole or down the pub, would play D&D, and this was when Wee Beeb came to life. One of my treasured possessions is his "Wee Beeb" badge from this time (Photographed here on a Liverpool University Wargames Club cloth, from his days as a mature student). 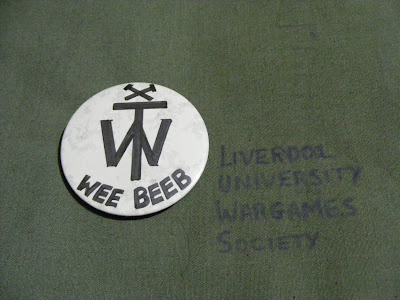 My dad developed such an attachment to the character, in fact, that he apparently moped around for a week after it met an untimely end. But good dwarves never really die; and Wee Beeb would pop up in many games throughout the years, for example as the name of his character on The Bards Tale on the Atari ST, and Baldur's Gate later on. For each new challenge, a new manifestation of the spirit of Wee Beeb. So it seems only appropriate that the spirit of Wee Beeb would live on.
Posted by robotforaday at 14:05 5 comments:

My father died on 7 November. He deteriorated quickly after contracting COVID. The blow has been enormous and I don't think we've fully come to terms with it. I am now back at my childhood home looking after my mother as she recovers from COVID.

One of the things that lays me low when I go around the house is seeing projects that he'd started but won't finish, various things in different stages of planning, preparation, or anticipation. This is a silly thing to get upset about in a way: what's life without something to look forward to? I'm glad he had things he was looking forward to and planning right until the end. But every day I go past the table where he had been re-basing some of his old airfix napoleonics just days before he got sick, unable to pack up the stuff, unable to process it. 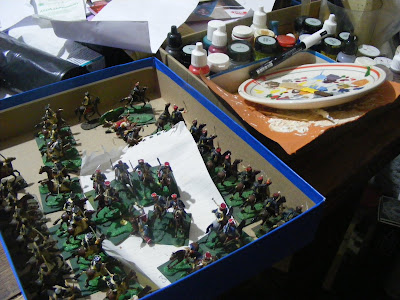 Gaming was a hobby my dad and I had in parallel. We had other interests in common that we enjoyed together - in particular, we shared a love of music, and I have many happy memories of traditional music sessions together, time spent in his company drinking a few pints and singing away. But funnily enough, though we both were interested in gaming, that wasn't really something that we ever did together. We would chat about it on the phone, check in on one another's projects and work in progress. He had a long running Friday RPG session that had become almost a religious obligation. He had had a Napoleonic army (British) since long before I was born and every now and again would open up the box files where it was kept, make some additions and update his records. Just a month or so ago he had painted up some Scots Greys. He had got out some of the many reference books he owned and was planning on painting more in the months ahead. 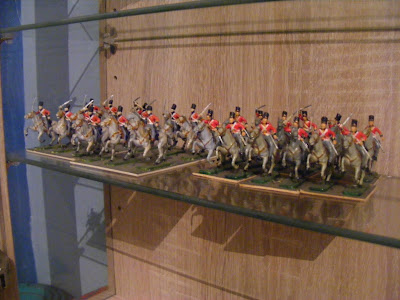 The army itself had lived in box files for many years, but he had only recently set most of it up on shelves. It's a magnificent enough sight. 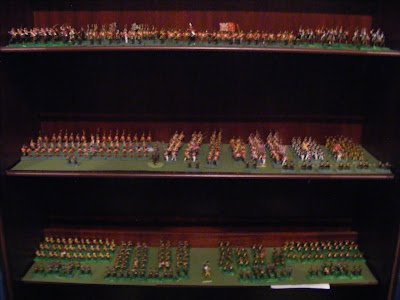 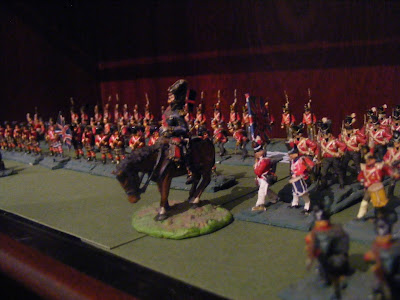 One of the peculiarities of our never having played wargames together all that much is that he actually had a Warhammer Fantasy Battle army he'd painted up around the time I first got into the hobby - a rather striking Brettonian army based on the figures in the 5th edition box. (My mate Paul had used the Lizardmen and sold him the Brets) 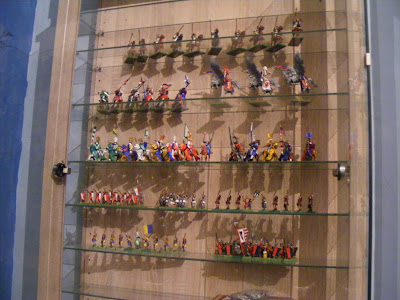 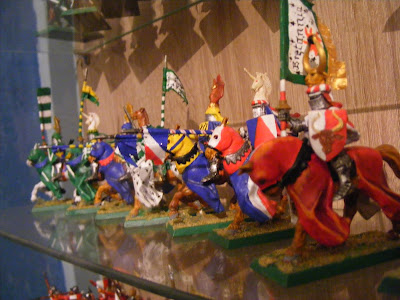 I especially like the spearmen that he converted by giving some of the monopose plastic archers toothpicks. 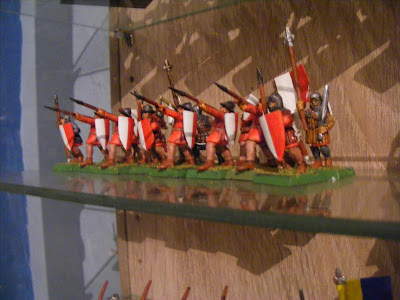 He enjoyed collecting the army and encouraging me in my hobby - even painting up Prince Imrik on a Dragon as a birthday present for me. 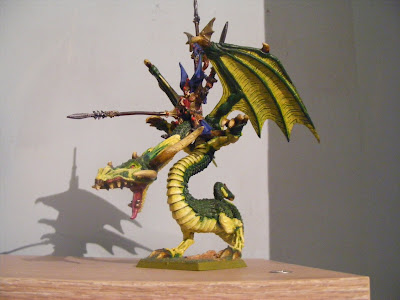 But he was content to just share the interest with me, very rarely taking up invitations to join in battles. I think he would have loved some of the oldhammer stuff - in fact, it was him who stumbled on some of the oldhammer stuff on the internet and pointed me towards it - but he was happy enough for us to game in separate worlds. This might strike some as obtuse, but as I say, we had other things we did together, and I guess the games were his own place of retreat.

The one exception to this was a wonderful year when I was in 6th form, and his RPG group decided to have a Necromunda campaign. Peering through the crowded underhive to try and pick out one of his House Cawdor gang - the heavy MacDuff, or Wee Eck who rose up through the ranks from a juve to a hardened ganger - will long live in my memory. 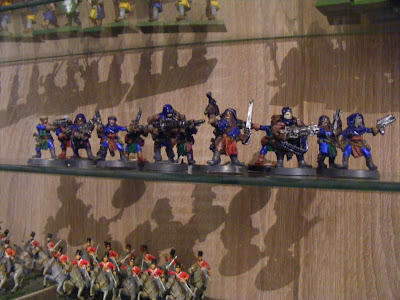 Going through his collection of books and his leadpile (much of which he inherited from friends who had passed away), I can't help but think of the games that won't be played now. Perhaps I should focus on what gave him pleasure: look forward to the next game, role up the next character, enjoy planning future projects. But what can I say? I miss him terribly.
Posted by robotforaday at 16:47 13 comments: