The Forgotten Goddess: background for Gauntlet 2014 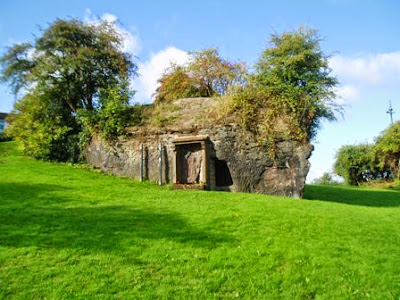 Some gods are so frequently troubled by the contradictory requests of men that they are driven to madness. Far luckier are those gods who are forgotten, free from men's desperation, untroubled and at peace.

Such has been the blissful fate of the goddess Deva for many centuries; her temples left forgotten, her shrines covered with ivy and moss. The river that bears her name tumbles by carrying her memories to the sea.

Curse the hunger of the indiscriminate. Curse their greed. To the mouth of the river came the Norse, hungry for plunder, ready to strip whatever meagre ornaments still remained in the places dedicated to the honour of Deva. Their desecration has awakened the goddess. From the highlands came the forces of the Earl McSalmond, drawn to the valley at the goddess' will, though they know not what they defend or why. From the great ocean the goddess called the seafaring elves, knowing that they stood ready to protect that which is sacred.

Cursed be the day that the goddess Deva was remembered. Cursed be those who would not let her rest in peace. 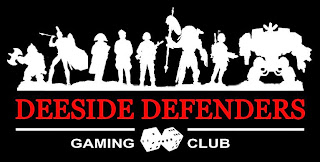 This Saturday, 5 July, four of us oldhammerers - Warlord Paul, Thantsants, VanLoon, and myself - will converge on Gauntlet, the show run by the Deeside Defenders. It's at the Airbus Dining hall, above the Wings Social Club, Broughton, near Chester. If you're in the area, why not join us? (And a couple of us may return on the Sunday too.)

We're each bringing a small force of around 400 points, so that there's at least a fighting chance we might get a couple of linked games in; Paul's bringing his Unwanted of Malal, a wonderful force put together from the plastic kits given to him by the disenchanted. VanLoon is bringing a Khornate force. Thantsants is bringing some Norse, and I'm bringing some mcdeath style highlanders (I'm hoping to also bring Sea Elves for maximum narrative flexibility). Of course, the best laid plans o' mice an' men gang aft agley, so some of the crucial bits and pieces I wanted for conversions to get my highlanders ready haven't come in the post. That said, I still have a modest force and I think with a bit of imagination and lateral thinking I'll have them ready for the fight. I'm very excited to see what everyone else is bringing.

I've come up with the narrative above to give some explanation as to what we're all doing in this corner of Albion, and I've drawn on some of the local place name history to give it some regional appropriateness. (The picture above is of Minerva's shrine in Chester.) Incidentally, if any of you guys can bring terrain that will help with the background - e.g. anything ruined temple or shrine or monument like, and anything that would work for a river/estuary environment - that would be great. But I reckon we can make a good go of whatever people have to hand!

Will the awakening of Albion's forgotten Goddess rip the land apart? Or will she be allowed to rest in peace, freed from the attentions of a disturbed world?
Posted by robotforaday at 05:29 2 comments: