As many of you will know, I was gutted to miss BOYL this year. Even though I was excited to head out to Mongolia for a couple of months, it still hurt to know what I was missing back home. But I was determined not to let the summer pass without any gaming, so I decided to take along a handful of figures with me to introduce my young lad James to the joys of rolling dice. He's already been indoctrinated via fighting fantasy, but this was the first time that I've played toy soldiers with him. We took along with us a floor plan of a castle that comes from a cardboard pop-out castle, with the idea that we could have a couple of simple "siege" style games. Ruleset? 3rd edition of course. Although mostly we just rolled lots of dice and moved the toys around. 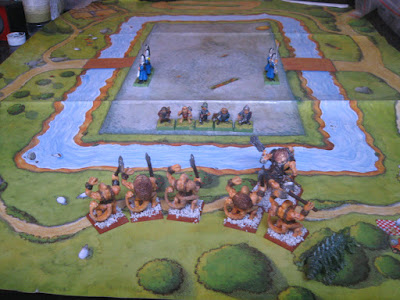 The fimm of Clan Slea advance on the abandoned fort of Labger, hoping to establish a new stronghold for themselves. They are led by the warlord Gislea, and accompanied by a carrion crawler. A small and desperate band of elves and gnomes heard news of the advance of the vile fimir, and have barracaded themselves inside the fort to stop it falling into the wrong hands. (Why the fort of Labger? Quite simply, that was the name my son James chose for it because we were playing the game inside the "lab ger". A ger being what the Mongolians call yurts; and this was the ger that had been set up as a lab for the archaeologists to process their finds. Except they couldn't while we were playing, because we'd taken up the entire desk with our game. Scholarship be damned. Anyway, here's my son James pondering his strategy.) 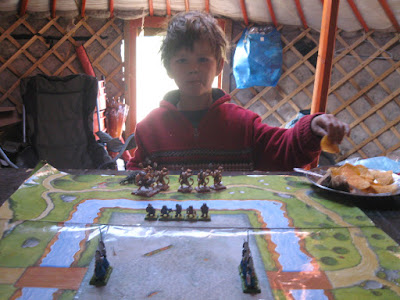 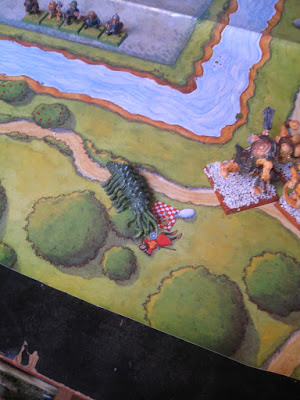 The one eyed menace (the fimir, not my son; he has two eyes) advances along the paths on either side of the castle, seemingly oblivious to the hail of bolts and arrows raining down on them from the ramparts. 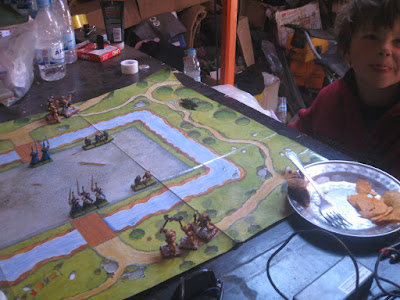 The defenders try their best to hold the attackers back at the gates. They've not had a chance to reinforce the defences since their rushed occupation of the fort, and the fimir are using all their brute strength to try and smash through. 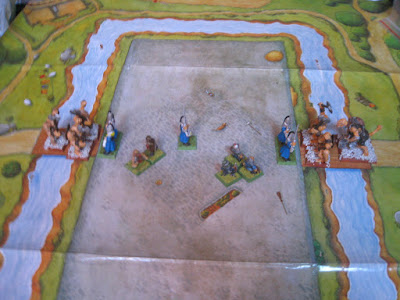 At the west gate, the fimir break through. However, with the group already weakened by the effects of elven longbows, they find themselves cut down. The one remaining fimm warrior is pushed back, what remains of the splintered gate slammed in his face and hastily barracaded shut. 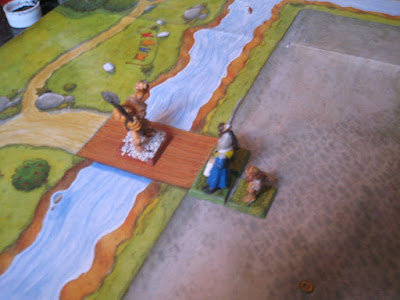 To the east, however, the fimir are more successful, rampaging through the gate, through the defenders, and into the fort. 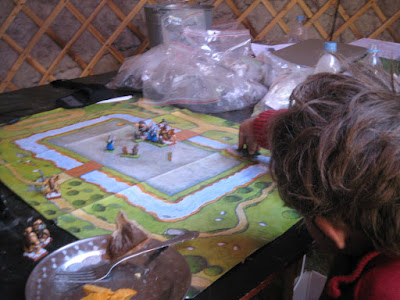 Meanwhile in the moat the carrion crawler, having feasted on knight, decides to spit out the vegetable portion of his picnic. 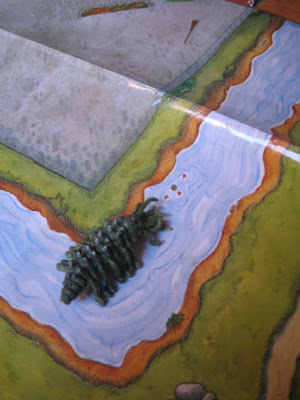 The battle rages on. The gnomes in particular fare badly, the club tails of the fimir smashing in their skulls. What's worse, the carrion crawler has also spread its path of pestilence to the fort. But then... what's this? The carrion crawler decides to turn on its patrons. (A twist in the tale here from James as he decides that the crawly thing is fed up being bossed around by the fimir!) 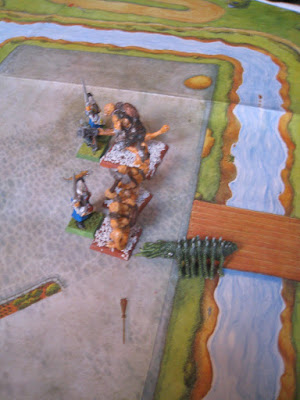 The battle turns; the fimm warriors lie betrayed and slain, and the carrion crawler turns its attention to the remaining warrior arriving as a reinforcement (the survivor from the west gate who has made his way all the way around to the east gate). 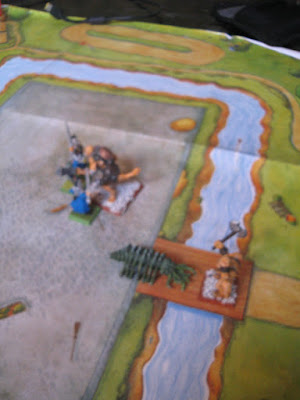 The warlord Gislea, severely wounded by the elven warriors, flees. The fort of Labger is safe. For now. 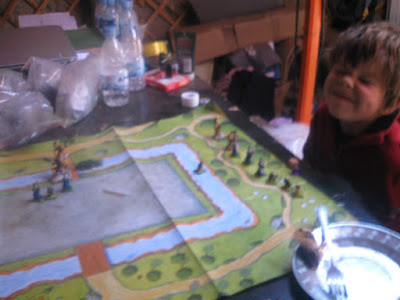 All in all, a fun little game in an exotic locale with just a few models and a fold out floor plan. A nice introduction to the rules for James, who got into the spirit of things with a couple of nice storytelling flourishes which really made the game. We decided that the fimir would not give up that easily, and so the siege continues...
Posted by robotforaday at 14:47 6 comments:

Night of the Living Lead: Gnomophobia 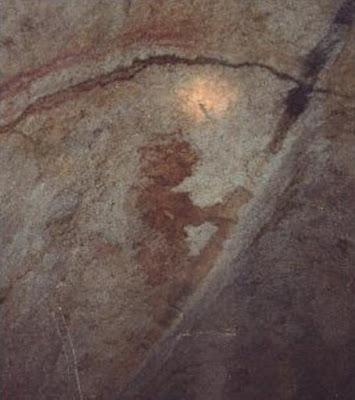 Deep in the mines at the dead of night, a grinding sound. But the sound of the rock being hewn is not the work of the miners. None of the gnomes of the village of Thingwall have been down the mine in days. Nobody would dare, not since several of the miners went missing. Some were found days later with their throats slit and their blood spilled on the floor in the shape of a pentagram. Others have simply disappeared.

YOU are an adventurer, called upon by the Duchess of Thingwall to help the little people in their hour of need. YOU and your band of companions have been asked to investigate. Who or what has caused the disappearance of the miners? Who or what is producing the strange grinding sound in the night?

Beware. Not all is as it seems in the village. Who can be trusted? More importantly, what's in it for you? And how can you be sure that the other would-be 'investigators' aren't involved in the murders and disappearances themselves? 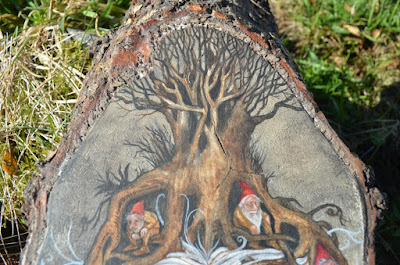 Chapter Three of The Albion Adventures, Warlord Paul presents (in association with me, guest GMing) GNOMOPHOBIA, a special halloween night of the living dead adventure. Except it won't be at night. It'll start at 10 in the morning. Probably with tea and pastries.

So this'll be an adventure for small bands of warriors (3-5 models) using the Warhammer 3rd edition rules, at the Wargames Foundry (Bryan Ansell's gaff in East Stoke between Nottingham and Newark) on Saturday 31st October. It's a return to the Gnomish village of Thingwall (last seen in A Dwarf With No Beer), with a Halloween twist. If you fancy a game, why not get in touch via the oldhammer community forum or facebook page or the comments of this blog post, and join us?
Posted by robotforaday at 14:09 No comments: