I realise it's been a long silence on this blog. While I'd love to claim that although I've been quiet online, in real life I've been more involved in wargaming than ever, that'd be a lie. In fact, I only played one game in the whole of 2018... the Battle of Gallow Cross in Warlord Paul's Daggervale Campaign, a bloody mess of a battle against Nik Dixon's Skaven - my Sea Elves held back the tide of vermin with minimal rank and file causalities (though the loss of all nobles, who nobly sacrificed themselves), but not before the blighted ones had gnawed their way through the civilian population we'd allegedly arrived to help. 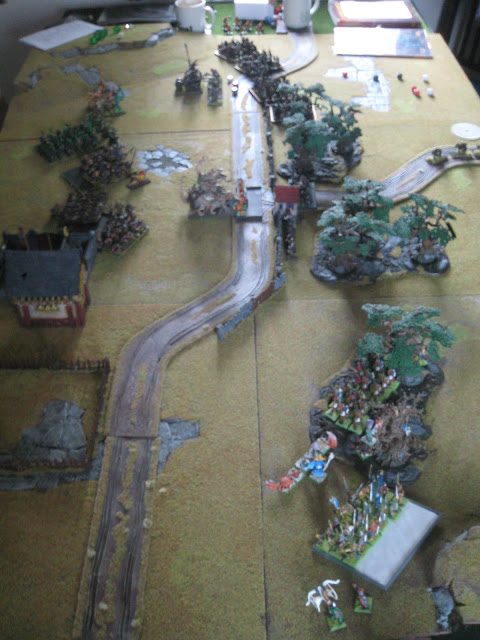 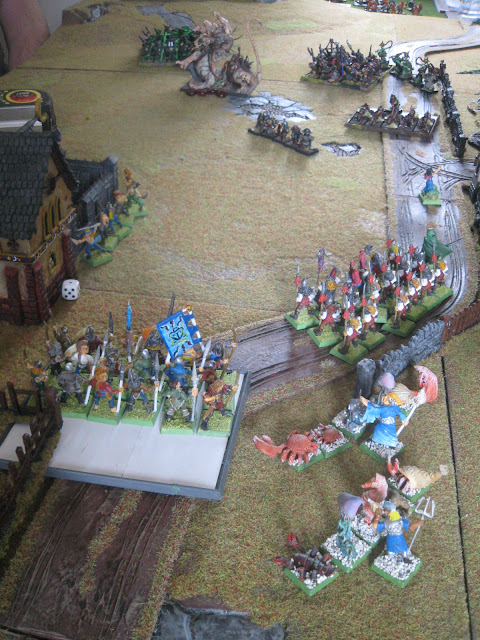 So if it wasn't much of a year for gaming, what about for painting? In fact, beyond tidying up the Sea Elves (which I'd more or less finished for BOYL2017, but in a rush), the only miniatures I painted from scratch in 2018 were the two creepy weirdos from the Circus of Corruption. This is a pretty appalling state of affairs, but unfortunately I'm not the kind of person who finds it easy to paint unless I have a game to prepare for. And living up in Orkney at the moment, there aren't many games to prepare for (especially seeing as my research means that I usually miss BOYL... though hopefully not this coming year).

What I really need to do is find some oldhammery wargamers in Scotland, as I'm regularly down in Fife with my work. Or get people to come for a wargames weekend up here on Orkney (come on, you know you want to!)

But of course, there's an even more obvious solution to my gaming and painting drought. More games with my son (and my missus if she's interested). Which is why at this very moment the smell of primer is in the air... 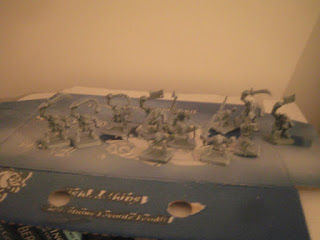 What on earth are those blurry blobs, I hear you ask? Now, even with such a dreadfully blurry photo, it should be fairly obvious to every gamer of a certain age what those minis are and what they represent. Yep, I think it's time I introduced my family to the sublime joy that is HeroQuest!

Happy New Year to you all!
Posted by robotforaday at 08:40 2 comments: