Happy Christmas, and may your stamina never fail!

Been very busy with work-writing once again and so games with teeny tiny toy soldiers have had to take a back seat. But nice to have a break for Christmas, and especially nice to receive a couple of gaming-related prezzies 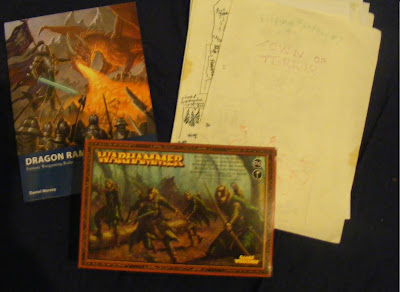 Dragon Rampant rules and a Wood Elf Glade Guard box from my parents. Always difficult to "guess" what kind of toy soldiers someone might want for a present, but it can be rewarding too to get something you hadn't specifically had in mind... Now I'll be honest, the plastic wood elves were never really on my radar, and left to my own devices I'd never have bought them. But some of the pieces in this box set are fantasic converion fodder - it even includes little woodland sprites on the sprue! Love it! The banner poles and cloaks and leafy bits are brilliant and very useful, and the heads are just what I need for headswaps. One of the things that's held me back from doing more conversions has been lack of bitz, so a plastic set like this is a godsend.

And that leaves the third prezzie... what's the pile of papers? Well, now that's something REALLY special. The missus and my son have been plotting and scheming for the past month or so working on a top secret project and they've written me a whole new Fighting Fantasy Fleeing Fantasy adventure Town of Terror (or, Forest of Pies). I've been going through some of the Fighting Fantasy books with my son - Forest of Doom, City of Thieves, Island of the Lizard King (I skipped Deathtrap Dungeon because it's a bit too... errr... Deathtrappy for him at his age). He's clearly taken them to heart, and his long-suffering mother has clearly internalised enough of it from hearing us go through them over and over again until we reach those magical words "Turn to 400.." because the adventure they've designed for me is pitch-perfect. It's about 280 entries in total, though I couldn't help but notice that the final entry (in true FF style!) is numbered 400. Here are some of the first few pages...

Surely this is the best Christmas present an oldhammerer has ever received??? 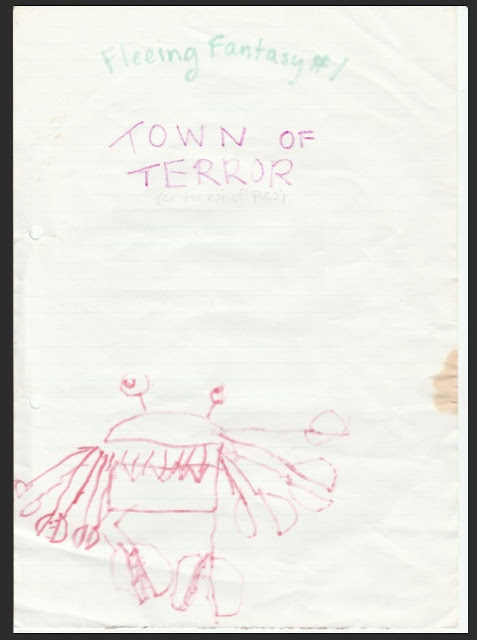 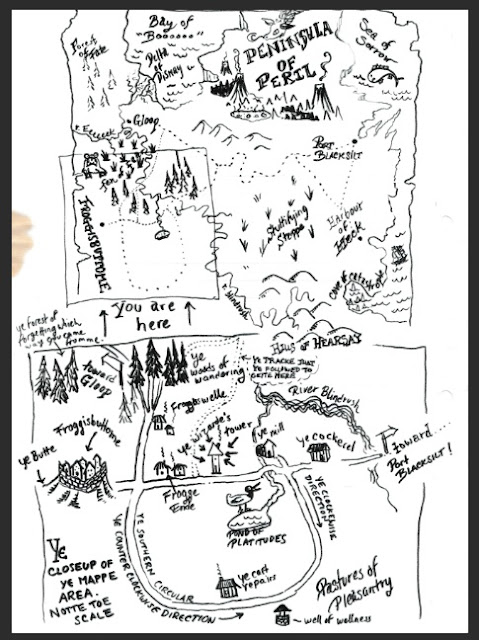 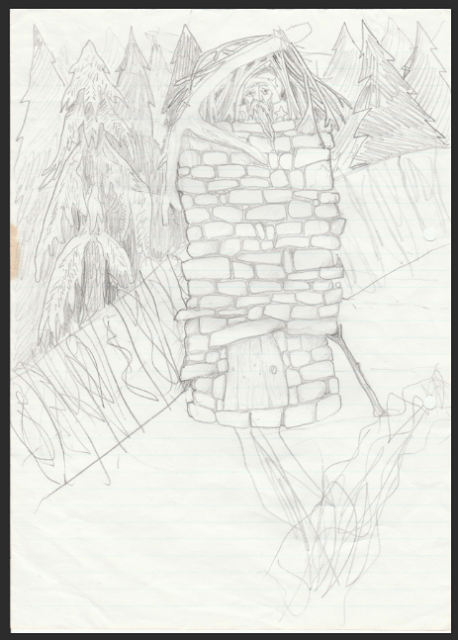 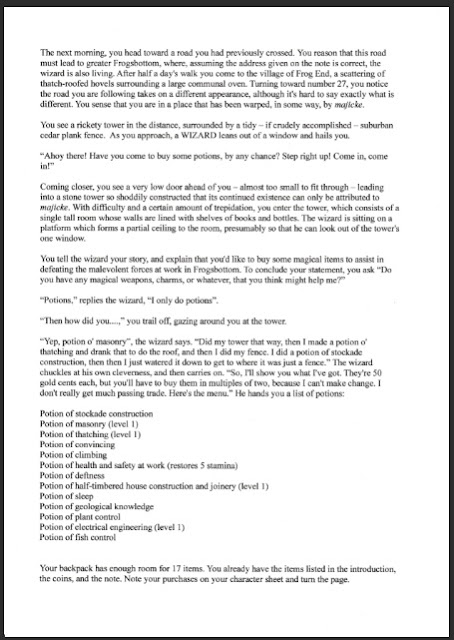 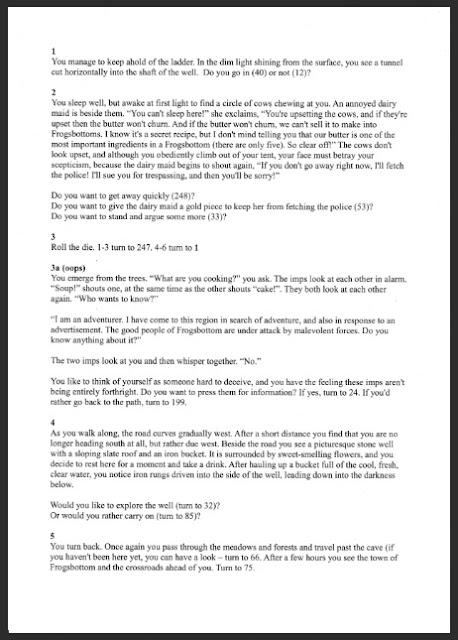 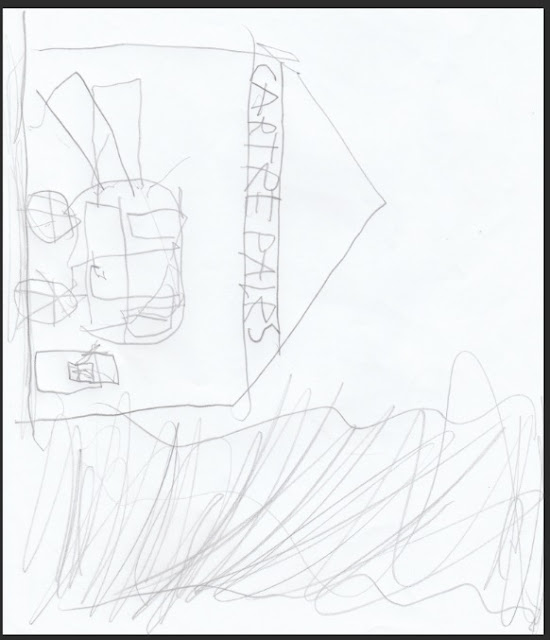 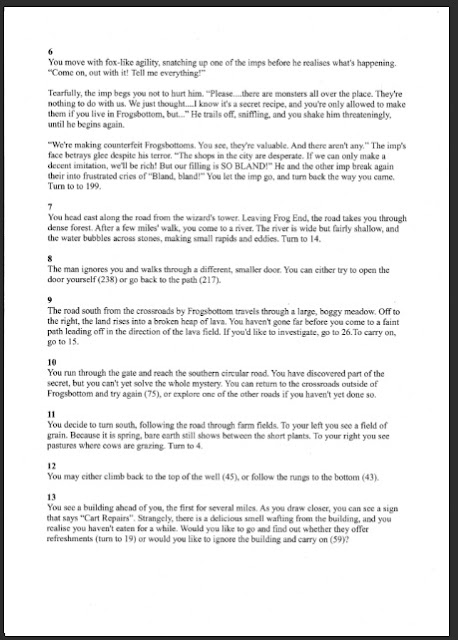 ...that's the first few pages, I won't scan them all because I want to get back to playing it. I don't deserve them really, do I? Happy Christmas, and may your stamina never fail!
Posted by robotforaday at 11:41 7 comments: