Going old school: Why me? Why now?

What is it that appeals to me about this oldhammer movement? Why have I suddenly had the urge to dust off the old toy soldiers? I'm not inclined to provide a manifesto right now, and besides, other people have already inspired me with their own call to arms; Zhu's Oldhammer Contract and Gaj's explanation of 'Warhammer for Adults' spring to mind. But I thought I'd just get some of my motivations out in the open.


Here are 3 things that appeal to me about 'Oldhammer' right now: 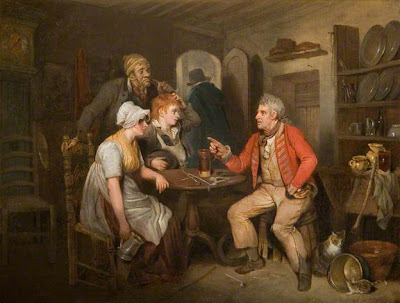 I like storytelling. For me, fantasy wargaming is about storytelling. I'm interested in how and why the troops have taken to the field. I want to know what their motivations and fears are, what the background is, what the objective is, and what the stakes are. And knowing this makes the game a rich experience, where you're able to weave a tale around the movements of the toy soldiers and the roll of the dice. Ideally, this implies scenario gameplay - not the endless repetition of two equally balanced forces in a pitched battle, but a specific context with specific goals for each side - goals that might well develop over the course of the game. And the outcome of the scenario leads us to thinking about the next stage - how the leaders and their troops respond, where they go next. For me, nothing in wargaming is as exciting as a campaign... but when I was playing Warhammer as a teenager, there were very few opportunities to play campaigns. In fact, over the 4 years I was playing, I recall one glorious campaign, and about a million one-off pitched battles with no story or context, just the sterile world of the army list. Now's the time to escape that and do what I love.


2) Oldhammer exists in an open universe 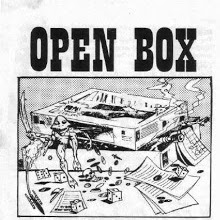 Narrative gameplay implies an open universe, one in which you are constantly creating the world anew. Oldhammer inspires me through a return to the spirit of "ad-hoc" creation of new corners of the world. I love the approach that inspires something like Richard Halliwell's Macdeath scenario pack: 'what would a comic retelling of Macbeth in the Warhammer World look like? Let's try it and find out!'. Or the Dolgan Raiders scenario in the 1985 Citadel Journal, which seems to have the attitude: 'got an interesting idea for a culture? Great, what would it look like on the battlefield'. For me, far far far worse than any rules lawyers are fluff lawyers. Those who shut down creative ideas through obscure knowledge of each detail of the 'canon'. Why would you want to have a specific Norse culture when the canon tells you that they're all chaos marauders and that's all you need to know? Don't you know that there's a set in stone geography of Albion after the Dark Shadows campiagn? I had a recent reminder of this kind of nuisance when I was picking up some paints at GW and (having been asked what I was working on) was told "There's no such thing as sea elves." Not only is this a somewhat irritating kind of amnesia, far far more disturbing is the apparent willingness to cede authority over our own imaginations to some studio writers. Bollocks to that. Why should I have my desire to tell stories restricted by some slavish adherance to the background? If someone wants a scenario with sea elves, then write it, play it, enjoy it - don't wait for the expensive glossy army book. The world is out there to be explored, the maps are still undrawn, the stories still untold. 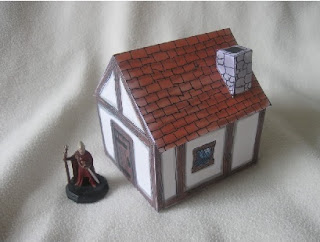 The idea of the pathetic aesthetic was introduced by Dr Bargle on his Known World, Old World blog. I'm massively thankful to him for writing that post, as he's put his finger on something that's very important to me. I am most interested in rank and file figures contesting very specific struggles. One thing that always struck me as odd when I was a teenager was the frequency with which people used special characters from the official army books. Partly this goes back to the point about people ceding authority over their own imaginations, but there was more to my unease than that. I didn't understand why Prince Tyrion, or Archaon, or whoever, were involved in this 1,500 point skirmish. There needed to be a superhero involved to make it 'interesting'. It seemed that what we were acting out was the end of the Warhammer world, again and again, like some comic-book ragnarok. When I questioned this, it was often justified by the idea that the Warhammer world was in a state of "Uber war", and so the stakes were always massive. So massive, it seemed, that they undermined any real involvement, any real storytelling (we had the Black Library to do that for us, after all). This is where the pathetic aesthetic is crucial for me. If we look at the battlefield on the table in front of us, what do we see? A shack. A hill. A narrow river. What are they defending? A minor objective, probably on the say so of a higher officer who will not turn up. And they might have to die for this. Not in defence of the world, not to stop the end of the universe, not to halt chaos swallowing everything. They will die because they've been told to hold the higher ground. Or because they've been told not to surrender the food reserves in the shed. Or, quite possibly, they will die to satisfy someone's pride. Oldhammer is pathetic. That's why I like it.


So now you know a bit about what's drawn me back in, and why I find the Oldhammer movement inspiring. Let's see where this goes... I don't anticipate extreme frequency of posting in this blog, but it'll be good to have a place to record my preparations for the Oldhammer weekend in Nottingham, which I'm very much looking forward to.

Oh, the illustration on the masthead is The Maelstrom near the Lofoten Islands, an illustration from Olaus Magnus reproduced in the book In the northern mists: Arctic Exploration in Early Times by Fridtjof Nansen. Might explain my rationale for using it later, once I've thought of a rationale! The title of the blog comes from my head on alcohol. And yep, the font on the masthead is the font originally used for the cover of White Dwarf, which is called "Arnold Bocklin", named after a Swiss painter who depicted mythological subjects.
Posted by robotforaday at 17:21

Email ThisBlogThis!Share to TwitterShare to FacebookShare to Pinterest
Labels: But what is Oldhammer?, In praise of the old school, Open universe, The pathetic aesthetic