I take part in the Monthly White Dwarf Painting Challenge over on facebook. Every month Jamie Loft picks a classic issue of White Dwarf from the oldhammer era, and our challenge is to paint a model featured within it or inspired by it. January's challenge has been WD #109 from January 1989 and I've kept it simple, choosing to paint one of the minis lurking in the back page diorama: a Citadel dwarf sapper sculpted by the Perry brothers. 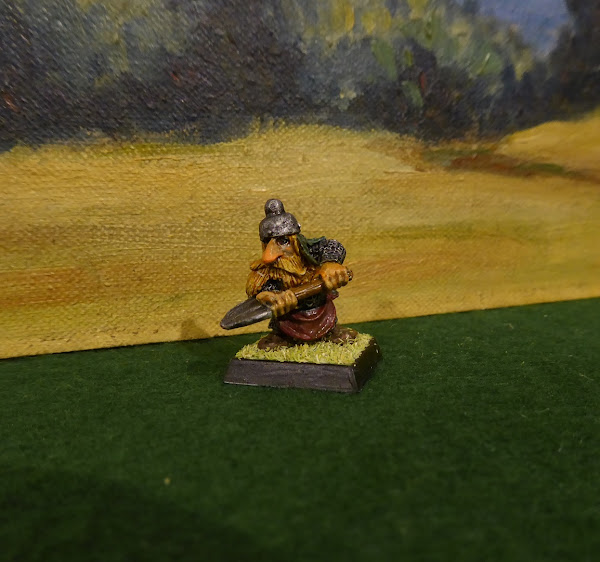 A humble offering... but a significant one for me, as this is the 10th and final member of Arka Zargul's Dwarf Miners for when I finally get around to playing McDeath! Here's the whole Militant Tendency in their splendour: 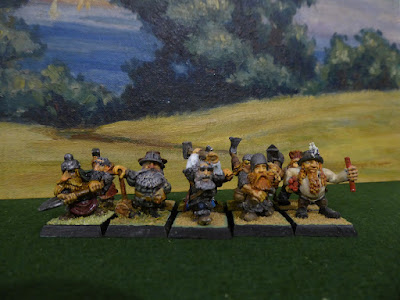 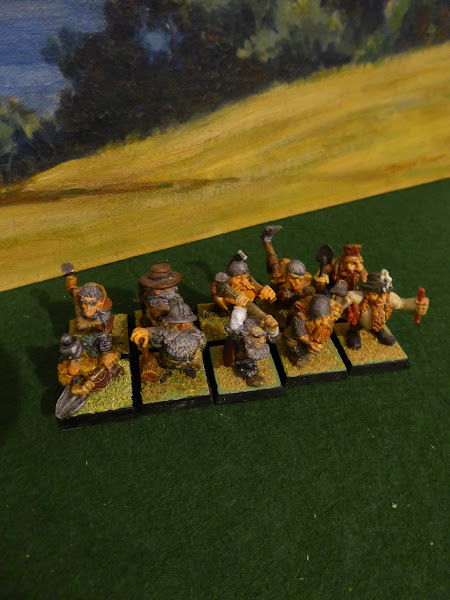 At this stage I've now painted 24 miniatures for McDeath: the miners; the Greevant clan at the Battle of Winwood Harbour; the Monster at Loch Lorm; and Raybees the halfling. I have a handful of the character models, but given that the campaign requires 202 miniatures (I think) and it's taken me since 2014 to reach this stage, at this rate it will take me another 50 and a half years to complete the project.

So may I take this opportunity to cordially invite you all to my 89th birthday party, where we will FINALLY PLAY MCDEATH! If the lead rot hasn't got to us first...
Posted by robotforaday at 13:08