Throughout Little Albion, the plague leaves humans cowering in their houses. Meanwhile, the boggarts come out to dance and play. In their wake lumbers the Straw Bear, the spirit of new growth... 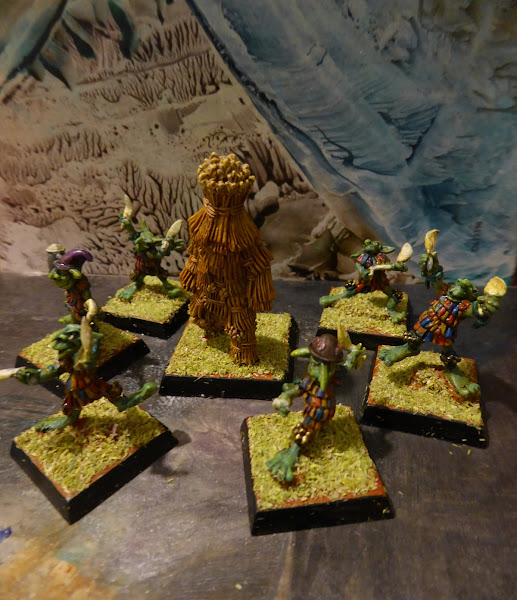 Pains within and pains without
If the devil's in, I'll fetch him out
Rise up and fight again...
- Plough Monday mummers play, as remembered in Sybil Marshall's Fenland Chronicle

Back when I lived in East Anglia, this was my favourite time of the year. In parts of the fens, the celebration of Plough Monday - a last gasp of mischief and drunken high spirits before the start of the new agricultural year - lives on, or at least has been revived. And the boldest expression of Plough Monday's spirit of misrule is the Straw Bear who roamed the streets of Whittlesey and Ramsey. 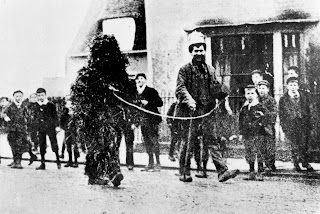 The venerable bear even makes an appearance in Frazer's tour de force of anthropology The Golden Bough: he writes that "we may confidently assume that the Straw-bear who makes his appearance at Whittlesey... represents indeed the corn-spirit. What could be more appropriate than for that beneficent being to manifest himself from house to house... after a magical ceremony had been performed to quicken the growth of the corn?"

This was always the time of year when we'd set out to follow the bear... At Ramsey in recent years the local schoolchildren danced through the streets with a Straw Bear in their midst 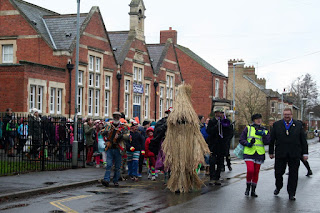 while at Whittlesey the Straw Bear made his appearance in a riotous festival of folk dancing and pub crawling the following weekend. 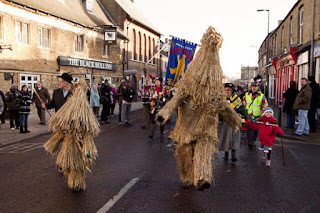 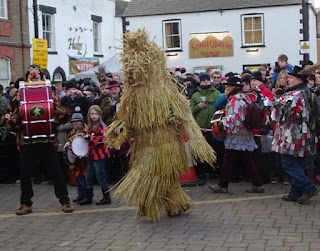 This year, sadly, I'm too far away to be caught up in the path of the bear. And besides, the bear itself will have to hibernate through COVID-19. But when I saw that Crooked Dice made a mummer's procession complete with Straw Bear I was compelled to purchase this great lumbering beast and bring him to life in Little Albion. But what's a Straw Bear without the surrounding chaos? Who will follow the Straw Bear through the streets spreading mischief? Once again, Geoff Solomon-Sims comes to the rescue, with his OOP Oakbound Miniatures Boggarts, dressed in suitable Molly Dancing Attire. 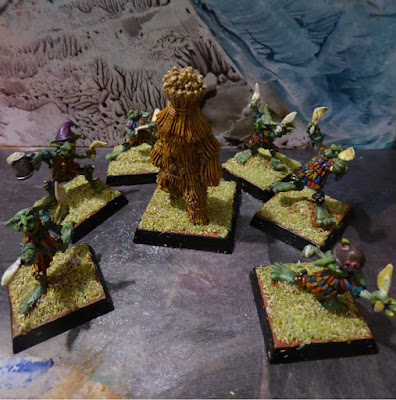