From the marshes, into the woods - a Myeri/Fimir warband

On the edges, where land becomes water and water becomes land, keeping vigil. Listening to the birds and to the reeds for shifts and changes. On guard for incursions to an ever-diminishing domain.

Most of you will know of my fascination for the fens. And in particular, my fascination for those one-eyed denizens of the fens, the fimir. I've recently returned to that early enthusiasm, painting up a small warband that I can field as Myeri in Oakbound Games' The Woods. Way back when, the first range Oakbound produced were some fine not-fimir, and The Woods has really grown a life of its own around that: Geoff Solomon-Sims has expanded the range with more and more creatures, a growing folkloric world. So when Geoff announced that he was holding the first Oakbound Games Day, "The Woods in the Woods" - in an atmospheric and COVID-guideline-appropriate Gloucestershire woodland venue - I decided that this was something I needed to be part of.

The first minis I painted specifically for the warband were two wonderful Oakbound miniatures from their current myeri range. 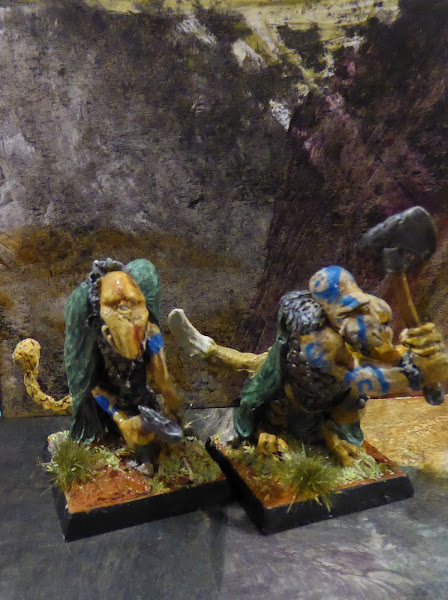 Of course, fimir affecianados may well recognise that these sculpts pay direct tribute to the very artwork that provided the inspiration for the fimir - Alan Lee's Fomorian: 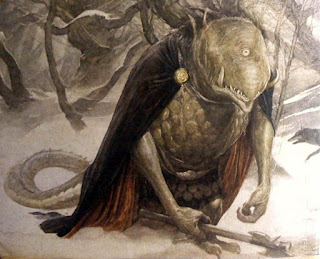 I then turned to Krakon Games' Fomorian range for the next recruits - Ross Whitehorn, sculptor and proprietor of Krakon Games describes these sculpts as "the sentry" and "the wayfarer". 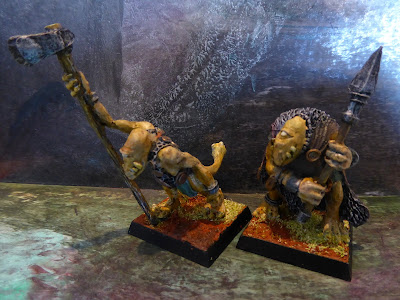 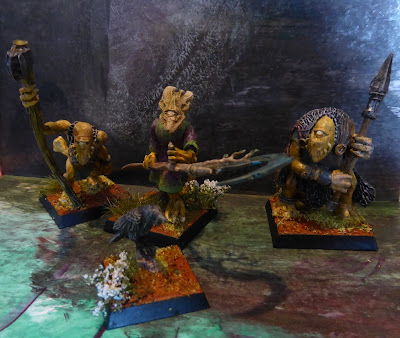 Alongside those, I used different bits from Krakon Games (who supply an excellent range of fimir myeri fomorian heads!) to convert a magic user (a Draoi in the world of The Woods; or a Dirach to use fimir terminology). This was a last minute panic conversion using an industrial amount of superglue, and to be honest I'm amazed it worked. 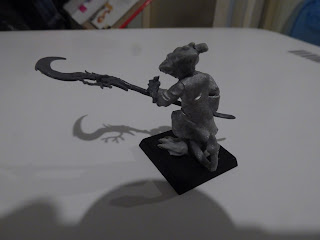 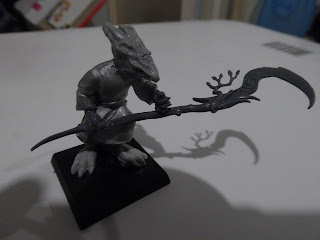 First, I cut the legs, hands, and head off of a spare cultist-type I had from Pulp Figures. Then, I gave him the staff/scythe from a current-day Games Workshop Sylvaneth Branchwych, and stuck on a head, legs, and a tail from Krakon Games. I was having trouble working out what to do when painting the robes, so ended up blending purples and greens, giving him a kind of hippy tie-dye effect like he's a member of the Polyphonic Spree or something. He's accompanied by a Raven familiar from Reaper. 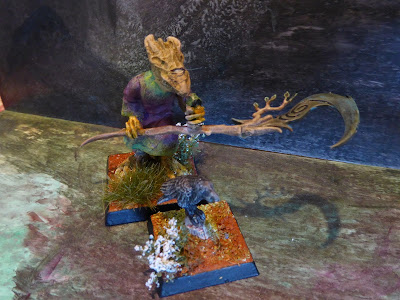 As always, time was running out before the big day, but there was one more model I just had to paint: Jes Goodwin's fimir prototype. One of my all time favourite miniatures. 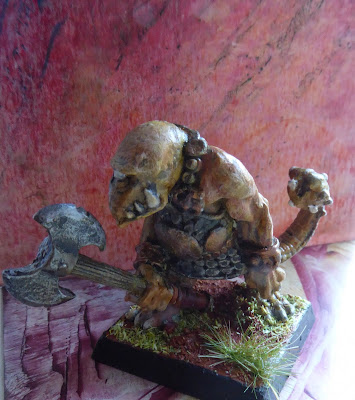 The warband was rounded out with a couple of models I'd painted a while ago: First off, the Fimir Mutant I converted last year (to be fielded as a counts-as-Kelpie). 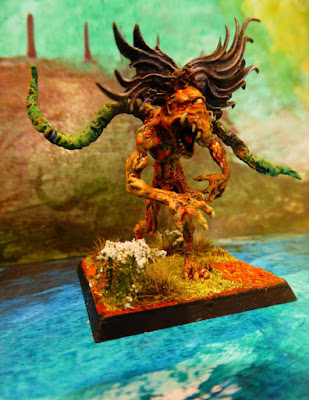 I then I dug out and rebased an Uilleann Piper as a Scealai for my warband - one of the original range of Myeri that Geoff launced Oakbound Games with, now OOP - and also a Barguest (aka one of Games Workshop's Fenrisian Wolves for their 40K Space Wolf army). Clan Slea were ready to enter the woods... 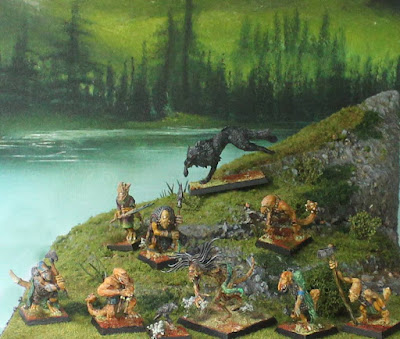 Many thanks to Geoff for the wonderful photo of the assembled warband - the terrain and painted background is all his work. And thanks to him for a wonderful day of gaming in the woods, which will be the subject of my next post...
Posted by robotforaday at 02:04

Email ThisBlogThis!Share to TwitterShare to FacebookShare to Pinterest
Labels: Fimir, Myeri, The Woods, The Woods in the Woods